From Rebellion to Reverence 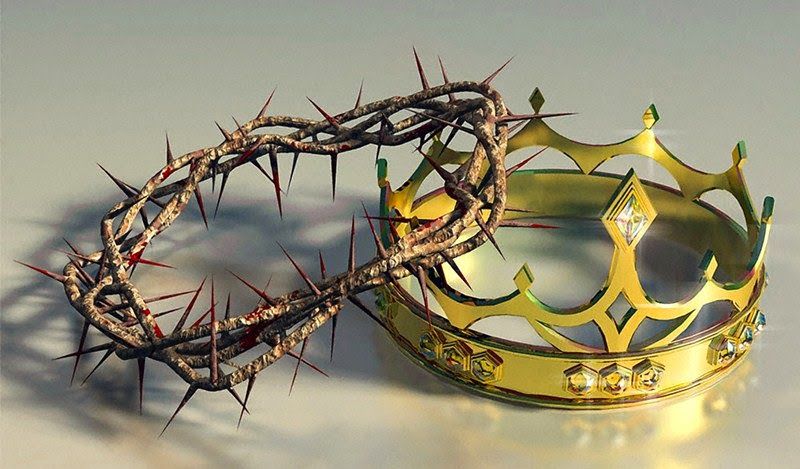 In preparation for Good Friday, I have been looking over the readings for the Tenebrae service. The first reading is from Psalm 2. It is a psalm that in its historical context referred to the rightful Davidic king of Israel, but has been seen throughout history as referring to the Messiah. To some it seems out of place on Good Friday, with its insistence on the right of God’s Anointed One to rule and the ultimate pronouncement of judgment on those who reject His authority. Yet in a way it is a reminder of why Jesus, the Messiah, had to come and to give Himself as the sacrifice for the sins of humanity. I see three ways the psalmist reminds us of our need and God’s provision.

1. Everyone has rebelled against God and His commandments

In verses 1-3, we read the leaders of the earth “set themselves” against both God and His Anointed One. This is a position of outright rebellion against the God that created them.  No matter what they know about God, they refuse to submit to His authority, whether it was against the king of Israel or against Jesus Christ. While rebellion against a human king could be dangerous, rebellion against one both human and divine is eternally fatal. To the world, the commandments of the Lord seem to bind them in some sort of prison. They do not see beyond their own wants and desires, and seek to find a way out from under God’s rule so they can indulge themselves.

If we’re honest, we were once like this; perhaps sometimes we still are. We find our own desires more attractive than the God who created us and sustains us. We would rather have our momentary pleasure than embrace a loving Father who has an eternity of joy set for us. This is sin. It is what plagues us, and why Jesus had to come to remove the curse from us through His own suffering and death.

The psalmist calls this human rebellion “vain.” It is empty, a mere shell of an attempt. The kings of the earth have no power to rebel against the Lord in any meaningful way. They may temporarily ignore the law of God, but the ultimate judgment is His. It’s like riding down a highway ignoring all the signs. For a while you may ride along fine, but eventually your recklessness will have serious consequences. If traffic laws are designed for our safety, how much more are the commandments of the Lord designed for our eternal protection?

As much as we try to be good, we wrestle with our sinful, selfish nature. There is inside each human being as desire to be our own god, to make our own decisions and decide right and wrong for ourselves. We do not have the strength to do what is truly right, or even to desire what is good and just. We need help from someone much greater than us, someone who has conquered the power of sin for us and who freely gives us this power through the Holy Spirit. Only Jesus can make this possible.

People cannot rebel against God forever. Our efforts to be our own ruler are vain. The emptiness that so many experience in their lives is the natural result of pursuing emptiness. As we approach Holy Week, it is a good time to give up rebellion and the desire to be your own god. Give yourself fully to the Christ who suffered and died for you and experience the joy of knowing the love and compassion He has for you.

Those who openly defy God today act as if they have the upper hand. God is dismissed as an unnecessary anachronism, an ancient superstition, or a crutch for those who cannot face the stark reality of the world. The very idea of an eternal, all-powerful God is mocked, and those doing the mocking think of themselves as courageous souls while at the same time thinking they have nothing to fear from an illusion.

The psalmist gives us the Lord’s reaction to any human rebellion. First, He laughs. In the Bible, when God laughs it is generally at the futile efforts of rebellious sinners. This doesn’t mean He finds them funny. Rather, it shows that He is in total control, and finds the efforts of humans to thwart Him to be nothing. The word “derision” shows the contempt in which the Lord holds those who oppose Him.

While this psalm may have originally been intended to commemorate the enthronement of Israel’s king, it also speaks to the ultimate King who will reign forever. It is worth noting here that God is not said to attack or punish the rebels. Instead, He speaks, and they are terrified. Their opposition is not overcome with power, but melts away in dread and awe. The Lord has no need to fight His enemies; He speaks them into submission.

When this psalm is viewed from a Messianic perspective, we see that the King installed on the throne is also the One who was opposed by the world. While Jesus appeared to have been defeated by human scheming and power, He was actually doing what was necessary to defeat the power of sin and to bring people into His kingdom.

Open rebellion is met with a warning about the justified wrath of God. The rejection of God and of His Anointed, the Messiah, can be done by human beings, but as creatures who owe their very existence to the Lord they have no power to overrule the commands of the Almighty. The psalmist articulates this warning in verses 4-9, and the situation appears to be bleak for any who would set themselves against God.

Yet there remains hope for the rebellious. Their offense against the glory and majesty of the Father and of His Chosen One may be forgiven. The wrath of God may be turned away, and the sinner may enter into the refuge of his Creator.

3. Rebellion must be replaced with reverence

What keeps people from entering into the blessing of the Lord? It requires humble submission to Him. The idea of serving the Lord “with fear” and rejoicing “with trembling” point out the awesome distance between God and His creation. These phrases don’t mean that we should be afraid of God absolutely. He is our Father, and He loves us. However, He is also the all-powerful Creator of the universe, the One who made us, and His power and majesty ought to give us, His finite creatures, pause.

Some people, including many Christians, look on the Father as a benevolent old man who is there to grant their wishes. They view Jesus as a buddy who helps them when they are in trouble but who really wants to let them have what they want. That is an entirely unbiblical view of God. The Father, Son, and Spirit are beyond our comprehension in glory and authority, and we need to constantly remember that so we treat God with the honor and service He is due.

When I was a child, I loved my father, and I know he loved me. I could go and speak with him and spend time with almost any time I wanted to. Yet when I broke the rules of the house, I knew enough to fear what discipline I would receive from him. He did not do it to harm me; he wanted me to learn a lesson that would make me a better person. He held the power of discipline in our household, and I had a healthy respect for his authority.

In the same way, God wants people to come to Him with respect and honor. and His judgments are designed to teach us the way we should live so that we can relate to Him and to others the way we were created to do. Even here, we see the warning of God’s judgment is given to turn the rebels back to Him. Through the Son, who made the way for us to return to God through His suffering and sacrifice, we can truly enter a blessed refuge with our God.

As we look forward to commemoration of Jesus’ death and resurrection, we should remember that He is the King who came to make it possible for us to enter His kingdom. Our rebellion needs to be replaced with a deep reverence for our Savior and Lord. This is a season when we can take time to reflect on Jesus and His work, and learn to honor Him as our King.

Your Prayers Are Too Small

Turning Our Hearts to the Faithful God