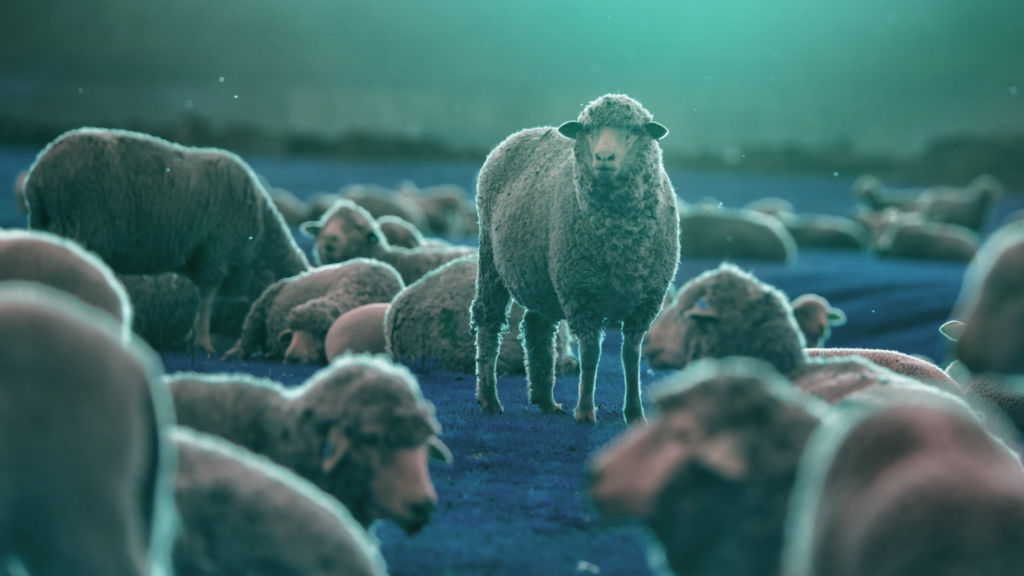 I do not know what gifts you will receive this Christmas from your loved ones, but I do know the gift of God's Word is better than gold, silver, clothing, sports, entertainment or technology!

The Scriptures are a present from God that we get to unwrap not only every Christmas, but every single day. In the gift of the Word of God, in Scripture, we encounter the Word of God Incarnate, Jesus Christ!

As Martin Luther once said, “The Bible is the cradle in which Christ is laid.” We hear about His birth in a manger because His birth is proclaimed in Scripture. The swaddling cloth that wrapped the Christ child is a reminder that our hope is wrapped up in the testimony to Christ in Scripture.

In the Gospel of Luke 2:8-12 we hear Heaven's big birth announcement! Our birth announcements in the local press or on social media tend to have the same form. For example, "Baby Jimmy was born at 7.5 lbs to the happy parents Gary and Sally at Jersey Shore Medical." This account in Luke 2 is the most significant birth announcement OF ALL TIME! Note how not a single word is wasted:

Who? A Savior, Christ the Lord.

But there is one more essential detail… This announcement has not only a majestic proclamation, but also an unexpected twist. This birth announcement did not read, “Today in Bethlehem, to only Mary and Joseph of Nazareth, a son was born.” Instead it read: UNTO YOU! Unto who? The announcement of the birth of our Good Shepherd, Jesus Christ, came to lowly shepherds.

As the Christmas Carol goes… The First Nowell, the angels did say, was to certain poor shepherds in fields as they lay.

At this point in Israel’s history, the vocation of shepherding had sunken all the way to the bottom of the social scale. Jewish mothers and fathers did not want their daughters marrying a shepherd. Shepherds were seen as smelly and friendless, untrustworthy and just odd.

In fact, a shepherd's reputation was so bad that their eye-witness accounts were not allowed in court! Uneducated and unskilled, shepherds were not only considered social outcasts, but were also considered spiritually unclean. Shepherds had to constantly care for the sheep and were not able to adhere to all the extra ceremonial laws and cleanliness stipulations that Pharisees were imposing on the people. They often felt like religious outcasts as well as social outcasts.

This is the beautiful truth and paradox of Luke 2. Not only that God’s heart is for the lowly outcasts, but we have the angelic Heavenly Host (those who abide in the perfect presence of God Himself) give this message to the shepherds (who are afraid to even step foot in a temple made by man).

God, demonstrating He does not look at what man looks at (see 1 Samuel 16:7), gives this message, “Good news of great joy that will be for all the people," to witnesses only a few will believe. This is good news for the poor Jewish girl Mary. Good news for the hard-working carpenter Joseph. Good news for the truth-seeking foreigners, the wealthy Magi. Good news FOR ALL!

Jesus Christ is a gift for people from every tribe, tongue and nation. He brings salvation for all who will believe: Jew or Gentile, Rich or Poor, Slave or Free. This birth announcement is for ALL people!

As Paul would later write in 1 TIMOTHY 2:1-5 “First of all, then, I urge that supplications, prayers, intercessions, and thanksgivings be made for all people, 2 for kings and all who are in high positions, that we may lead a peaceful and quiet life, godly and dignified in every way. 3 This is good, and it is pleasing in the sight of God our Savior, 4 who desires all people to be saved and to come to the knowledge of the truth. 5 For there is one God, and there is one mediator between God and men, the man Christ Jesus”

This birth was not just about the Messiah coming, but about the Mediator being born. “The Word made Flesh, He is “the exact representation of God’s being”, “the visible image of the invisible God.” The Christmas message is simply this: God became man, to bring men to God.

Ironically, shepherds know sheep get easily rattled; now it is they who are afraid.

Why were they filled with fear? Not only does this correct our cultural understanding of angels as pallid and ethereal creatures (Angels are mighty heavenly warriors!), but it also gives us a small window into the Holiness of God Himself.

When the holiness of God is revealed to people in the Bible, they are gripped with fear. Why? Because our God is Holy. Our God is Mighty. Our God is altogether OTHER. Holy, Holy, Holy declares the heavenly host! Powerful! Perfect! Majestic! When we step foot into his presence all of our pride falls away. All of our enlarged sense of power and will and control fades, as we fall to our faces expecting to be consumed in His Holy Wrath. When we do stand in His presence there will be no fists raised in defiance, there will be no lectures on how our lives should have gone, there will be no condescending to the One who reigns over all.

This is why another deliverer like Moses would not do.

This is why another king like David would not do.

This is why another prophet like Elijah would not do.

All those men were but mere men.

All those men were sinners like you and me.

We needed a mediator between God and man, the God man, Jesus Christ.

Friends, there is a sickness that goes deeper than any virus. There is a fate worse than COVID 19. The sickness of sin, unless we receive the remedy of Christ Jesus, will lead to death and the torments of Hell. Jesus said in Matthew 10:28, “And do not fear those who kill the body but cannot kill the soul. Rather fear him who can destroy both soul and body in hell.”

When we understand the reality of Hell we will gladly long for the glory of Heaven.

When we understand just how good the good news is, we will give God our firstfruits and not just our leftovers.

That is why the next truth from the angel's lips is so important. God does not leave us to die in our sin. Luke 2:10 continues, "And the angel said to them, “Fear not, for behold, I bring you good news of great joy that will be for all the people."

How could the Angel say those two fateful words, “Fear not”?

Because of Jesus’ birth.

Because of the incarnation.

Instead of shepherding sheep to safe pasture, now these shepherds are leading people to true lasting joy! God commissioned these lowly Shepherds to point people to our Good Shepherd, Jesus. A former fisherman transformed into a "fisher of men," proclaimed this in 1 Peter 2, “He himself bore our sins in his body on the tree, that we might die to sin and live to righteousness. By his wounds you have been healed. For you were straying like sheep, but have now returned to the Shepherd and Overseer of your souls.”

According to Jewish tradition it was in the précise vicinity these shepherds were watching their flocks that the people of Israel would soon search for a lamb to be slain for their sin on the Day of Atonement. What these shepherds would later realize is in that manger they found the Passover Lamb of God who would take away the sin of the world!

Even lowly shepherds who were unwelcomed and untrusted, disrespected and discarded by the world, would one day experience what 1 Peter 5 promises, “When the chief Shepherd appears, you will receive the unfading crown of glory.”

Lastly, Luke 2:19-20 tells us, "Mary treasured up all these things, pondering them in her heart.  And the shepherds returned, glorifying and praising God for all they had heard and seen, as it had been told them."