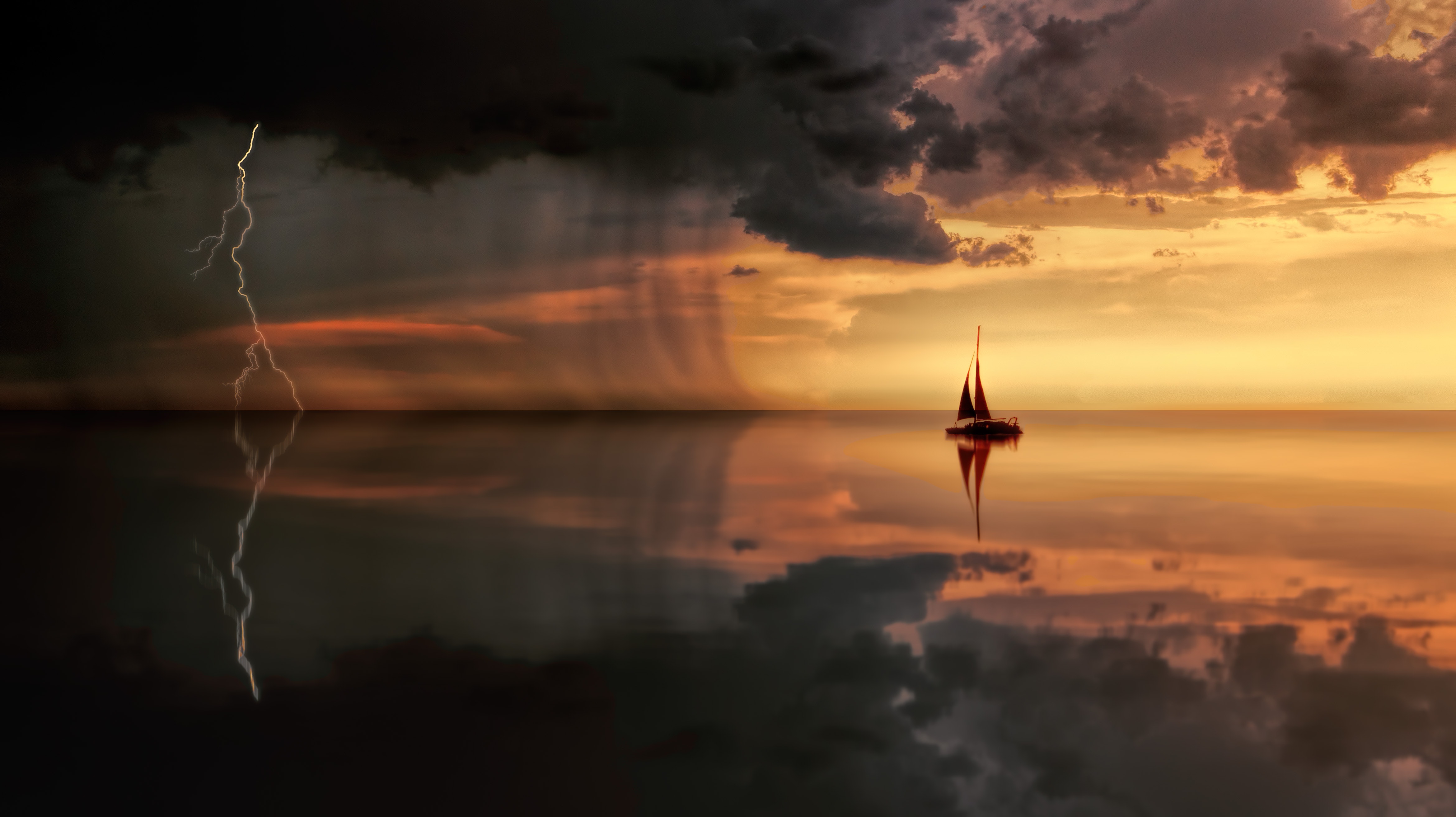 We see over and over how people or symbols in the Old Testament point to a greater fulfillment in Christ. Some person or object in the Old Testament imperfectly exhibits a characteristic, office, or function that foreshadows its perfect realization in Jesus. For instance, the first created man, Adam, was always pointing to the last Adam, who is Christ (1 Corinthians 15:45-49; Romans 5:12-21). David, the great king of Israel, was always pointing to the eternal King Jesus (Revelation 17:14; 1 Timothy 6:13-15). The high priests in the Old Testament were pointing to the great high priest, who offers up one sacrifice for the sins of the world (Hebrews 4:14-16; Hebrews 10:11-14). The Passover lamb sacrificed in order to deliver the Israelites from bondage in Egypt was always pointing to Jesus, the Lamb of God, who would be sacrificed to free God’s people from their bondage to sin (John 1:29).

And Jesus Himself tells us that He is the greater Jonah. The prophet Jonah was always pointing to Him. The scribes and the Pharisees were demanding a sign from Jesus to which Jesus responded,

An evil and adulterous generation seeks for a sign, but no sign will be given to it except the sign of the prophet Jonah. For just as Jonah was three days and three nights in the belly of the great fish, so will the Son of Man be three days and three nights in the heart of the earth. The men of Nineveh will rise up at the judgment with this generation and condemn it, for they repented at the preaching of Jonah, and behold, something greater than Jonah is here. (Matthew 12:39-41).

Why is Jesus the greater Jonah?

Jonah was a prophet sent to Nineveh (who were brutal enemies of the Israelites) in order to preach a message that God would give him (Jonah 1:1-2; Jonah 3:1-2). Jonah eventually obeyed the command of the Lord and proclaimed the message throughout Nineveh. And by God’s grace, the city of Nineveh repented and trusted in the Lord (Jonah 3:6-10, for some time at least; see later prophesy of its total destruction in Nahum 1-3).

But Jonah was only sent to one nation to deliver God’s message. Only one city heard the message and then turned in repentance to God. Jesus, however, was sent not just for one nation, but for every nation, for every city. His message is intended to go to the ends of the earth (Matthew 24:14; Matthew 28:18-20; Luke 24:45-47). One day all believers will surround the throne of God singing praise and glory to the Lord. And these believers ransomed by the precious blood of Jesus are those from every tribe, language, people, and tongue—people who heard and believed in Jesus’s message (Revelation 5:9-10; Revelation 7:9-10).

Not only is the scope of Jesus’s message greater, but the content of His message is greater, too. Jonah preached of the Lord’s impending destruction of Nineveh. They in turn repented, God relented, and thus they were delivered from God’s imminent judgment. Jesus’s message, on the other hand, was for deliverance from the wrath of God’s final judgment for those who repented and trusted in Jesus for their salvation (Romans 5:9).

Jesus is the greater Jonah in that His message was far greater.

After being cast into the sea, Jonah was swallowed by a giant fish where he took up temporary residency for the next three days and three nights. It was God, however, who “appointed a great fish to swallow Jonah” (Jonah 1:17). That is, the Lord was sovereignly orchestrating the events that were unfolding. It was not random chance that a great fish swallowed up Jonah. It was all part of God’s providential plan.

Moreover, Jonah was not dead in the fish. After all, he was able to pray to the Lord from within the belly of the fish, repenting of his sin and giving thanks to the God of salvation (Jonah 2:1-9). God providentially preserved Jonah within the belly of the great fish for the three days and three nights. At which point, the Lord commanded the fish to vomit Jonah upon dry land (John 2:10). (Can you imagine how gross that would be?!) This is a resurrection of sorts. Jonah was as good as dead had it not been for the Lord graciously and sovereignly intervening. God raised Jonah out of his sea grave and brought him back into the light of day.

But in all this, the Lord was foreshadowing a far greater resurrection to come. Jesus makes the connection crystal clear in His response to the Pharisees when they ask Him for a sign. He says to them, “An evil and adulterous generation seeks for a sign, but no sign will be given to it except the sign of the prophet Jonah. For just as Jonah was three days and three nights in the belly of the great fish, so will the Son of Man be three days and three nights in the heart of the earth” (Matthew 12:39-40). Just as Jonah was swallowed up and then three days later “rose” from his tomb in the great fish, so Jesus will be swallowed up by the grave for three days and then rise triumphantly.

Additionally, God’s providential hand was at work in the events that unfold surrounding Jesus, just like with Jonah. God was in control. It was God who planned Jonah’s story. It was God who purposed that His Son would be delivered over into the hands of sinful men, crucified, and then three days later rise again (see Acts 2:22-24; 4:27-28).

Yet Jesus’s resurrection was far greater than that of Jonah’s. Jesus was actually dead for those three days, not just sitting in a dark tomb waiting for the stone covering the entrance to be removed. It is true that Jonah’s “resurrection” is nothing short of amazing. Swallowed by a huge fish, preserved alive in its stomach, and then regurgitated back onto dry ground. Incredible. But this sign was always pointing to something greater: Jesus’s death, burial, and resurrection.

Jesus is the greater Jonah in that His resurrection was far greater.

Jonah had been running away from the Lord in rebellion of His clear will and command to go to Nineveh. And so as a result, a treacherous storm engulfed Jonah and the boat he was on heading to Tarshish. The mariners frantically tried to steady the boat in the midst of the surging waves, but to no avail. The tempest was only increasing in its rage. The boat was certain to capsize. At this point, Jonah says to the sailors, “Pick me up and hurl me into the sea; then the sea will quiet down for you, for I know it is because of me that this great tempest has come upon you” (Jonah 1:12). After some resistance from the sailors, they did toss Jonah into the sea and at once “the sea ceased from its raging” (Jonah 1:14).

Jonah’s sacrifice appeased the wrath of God and caused the sea to be still. When Jonah was hurled into the sea, the storm of God’s fury and judgment against Jonah for his disobedience ceased. And so the lives of the mariners were saved.

This too foreshadowed a greater appeasement that was purchased by Jesus’s sacrifice on the cross. Unlike Jonah, who was being judged for his own sin and rebellion, Jesus experienced the terrifying storm of God’s judgment for our sin, not His own (Isaiah 53:4-6; 1 Peter 2:24; 2 Corinthians 5:21). In fact, Jesus was perfectly following the will of the Father to the very end, even enduring the torturous road to the cross (Luke 22:42). When Jesus was crucified, He bore God’s wrath against sin. He is the propitiation for our sin, meaning that He appeases and satisfies the wrath of God towards sin (1 John 2:2; 1 John 4:10; Romans 3:21-26; Hebrews 2:17).

Jesus is the Greater Jonah

Jesus, therefore, is greater than Jonah in 1) His message, 2) His resurrection, and 3) His appeasement of God’s wrath.

If you haven’t received Jesus as your Lord and Savior, would you trust in His message? Would you believe in the miracle of His resurrection? Would you find your greatest hope in His propitiating work of appeasing God’s wrath towards your sin forever?

If have already received Jesus, then praise God that He was appointed you to trust in this greater Jonah. Thank him for all the blessings that you have in Christ.

I never realized how Jonah foreshadowed Jesus. This is amazing. Never heard this before. Thank you Jim! Pray you and your family are ok. Really miss you all. God bless.

The Law of Love Part II: Showing Love in a Secular Society

The Law of Love Part I: Unity in Diversity in the Church

The Weight of Glory

Comfort in the Coronavirus Crisis - Part II: The Sovereign God Who is Here

Comfort in the Coronavirus Crisis - Part I: The Sovereign God Who is in Control

Godliness with Contentment is Great Gain

Joy in Calamity: Why the Coronavirus Can’t Kill Our Joy

Practicing Prayer During the Coronavirus Crisis