Our Deacons are servant leaders who strive to support the pastor in the care of the church and the advancement of the Gospel.

Born in Anchorage Alaska, Brian grew up in Queens NY, where he attended St John’s University graduating from their College of Pharmacy. Brian’s been attending CNCC since 2008, and is CNCC’s Chairman of the Deacon Body, having been ordained on March 2, 2014. Brian also serves as director of Missions and Outreach. Brian has served as Trustee in the past. Brian’s been married for 29 years to his wife, Jamie. They have 4 children, Leah, James, Josef and Patrick. A former officer in the US Army Reserve for 17 years, with active duty during the Persian Gulf War, Brian’s sons Patrick and Josef carry on the family’s military tradition serving in the US Marine Corp, and US Air Force.

A member of CNCC since 1995, Jerry has served as usher/greeter, teller, finance team member and chairperson, building and grounds, new building planning team, president/moderator and church administrator. Jerry and his wife Marilyn are married 51 years and reside in West Lake Country Club in Jackson, N.J. They have two married sons and 4 grandchildren. Jerry is founder and president of Advance Tire Inc. located in Millstone, N.J. His oldest son Jerry S. is CEO of AT Inc., and younger son David is a doctor of pediatrics and director of medicine at Laurel Pediatrics. Jerry served with the NJ Air National Guard from 1964 -1970. He enjoys fishing and playing softball on our church team. 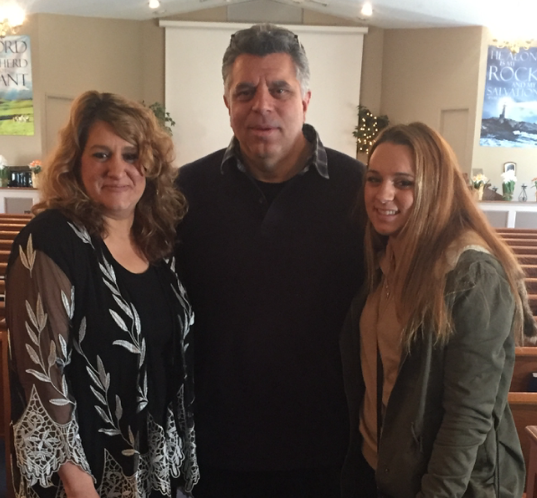 On April 2nd, 2017, CNCC confirmed Ralph DeFillipo as Deacon. Ralph is a Jersey Shore native, born and raised in Long Branch, NJ. He served and protected his hometown for 25 years on the Long Branch Police Department and retired as a Patrol Sergeant. Still serving his hometown, Ralph has been employed since 2005 as a Safety Security Officer for the Long Branch Public Schools. A vital member of CNCC since September 2014, Ralph has served as Bible Study Teacher, Collections Usher, Church Event Parking Attendant, and a Welcome Table Member. He is also involved with the Men’s Ministry and serves at the Jersey Shore Rescue Mission in Asbury Park, NJ. Ralph has been married for 25 years to wife Adriana and proud father to daughter Alyssa. Ralph and his family currently reside in Tinton Falls, NJ where they have been for the past 25 years.